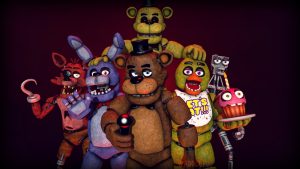 Whether you like it or not, video games are a pretty popular thing for us. There are those who love it and those who think it’s child’s play (which it is not). But the thing is, most folks tend to look down on and hate smaller and less realistic looking games. Well let me just tell you an unknown genre not known amongst many of us, and even if you’re a gamer or not, you might end up liking this!

Indie games, are games made by the smaller companies or a group of people or even just a single guy. And from my experience with them, it’s sure to say that they are downright amazing. Indie games aren’t as graphically amazing like the Triple-A titles releasing nowadays, that’s simply because of the fact they don’t have production values of millions or they do not have professionals of the best degree in all fields required for making   a game. But in turn, Indie games are cheaper.

Well, you might ask, buy games with money? What? Well yes, if you didn’t know you’re actually   supposed to pay for them to play them (there’s a lot of labour in making a game, and people aren’t stupid enough to just give it away). Well, the truth is, most of us pirate. You know, the illegal way Cracked games. Which is kinda obvious. It might be illegal but no one cares and everyone’s doing it and  hence we do it ourselves. I myself also have pirated a lot. Heck, 80% of you mostly have your PC with the cracked Operating system unless you’re a laptop guy or a Linux guy. Well, people pirate ’cause games cost like hell. I do end up buying them when they’re on a steam sale (FYI: Steam is like the Amazon for games and software and there are occasional steam sales and everything is 50% off or   more). But Indie cost very less and with steam   sales, they’re practically the cheapest pieces of   entertainment you can get.

But what I love about Indie games is the   experience. Huge gaming companies today simply   fool the gamers, make new games with as sequels   to popular titles, put in no effort and though it’s   kind of good but totally not worth the money   (Some games are). But Indies give you a whole new   type of experience. The thing is they surprise you,   you never expect much from these small games.

Yet you’ll get hooked. Some have amazing   rush-to-them, immense replay value, eg. DeadCells.   Some have amazing stories, so amazing that you’ll   fall in love with them. Stories which break the   fourth wall, eg. Undertale. Some have amazing   online experiences, eg. PUBG. Some are amazing   survival adventure, eg. Subnautica. Some are early   access and you’ll get to play them as they are being   developed and unlike bigger companies, your   feedback is highly taken into consideration. They   may not have any 3D amazing graphics but some   have extremely stunning visuals while some have   cute pixel arts. You’ll be amazed at how good an   Indie game will make you feel.

To start off with come good ones, I’d suggest   Undertale. It’s pretty cheap or you can just pirate   that as well ( I don’t care). Its visuals will turn you   down, people around you will probably make fun of   you for playing what looks like a kids’ game. But it’s   extremely humorous and the story is great! It’s got   multiple endings and you’ll have to play through it   multiple times to complete it fully. It’s hard to   explain but the game kind of knows you, it knows   what you’ve done. Delete the saved file and start a   new game, nope it knows you. The game breaks the   fourth wall like crazy and there are some spooky   parts in it, which actually scared the hell out of me.   There are 3 routes – normal, pacific, and genocide.   Not gonna explain what they are but you’ll have to   play the game like 3 times to really get an idea out   of it ( Well twice actually. 3rd time is another   ending which you might wanna look up online and   yeah, doing one run and then while going for the   other run, all the things that you’ve caused will be   there waiting for you, not directly but it’s hard to   explain). So yeah check out Undertale. And just   discover for yourselves some new Indie games and   if you can, support the developers and buy some!   Enjoy! Indie games are a genre which you are   missing out on, dear gamers! You need to discover   them by yourselves!

Previous Unlock with a look

Next The man who thinks the other way