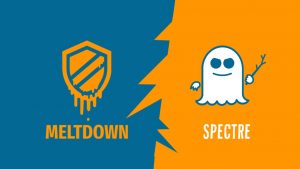 If you store any personal information on a computer, smartphone, or web service, your data is at risk from two massive computer security exploits: Spectre and Meltdown. Technology firms are currently rushing to fix these two security flaws identified in computer chips. What makes Meltdown and Spectre especially sinister, aside from  their James Bondian names, is that they affect your computer at the hardware level: the processors inside your devices. And these flaws exist not because of a bug in computer software design, but because of a feature in computer hardware that has been around since 1995.

Consumers expect computers to get faster and faster each year.    The new Apple TV isn’t just slightly faster, it’s remarkably faster. The fastest, most responsive stylus   experience ever has been built. To satisfy this insatiable need for increasingly fast computers, chip    developers added a function to processors called Speculative Execution. Processors are the chips    inside a computer that allow it to perform hundreds of billions of calculations per second. Think of    it as the computer’s brain. Speculative execution allows the computer to guess what you might do    next and perform necessary calculations for those possible outcomes, keeping one step ahead of    you. Imagine if your favorite coffee shop began preparing your favorite orders ahead of time. Your    coffee is ready for you before you ask for it and you’re in and out of the shop faster than if you were   to order from scratch every time. Those unused, pre-made orders… they get trashed.

That’s the problem with speculative execution— all those    junked orders, they’re not really protected. Someone sorting through those trashed orders might    gain brief unauthorized access to your name or your daily order. Meltdown and Spectre exploit this    feature by using malicious code that tricks a computer into speculatively loading information it    wouldn’t normally have access to. And you — or an antivirus program — wouldn’t necessarily    know that someone is snooping on your data since Meltdown and Spectre are exploiting a normal    function of your computer’s processor. These exploits could allow a hacker to snoop on data on a    computer or a smartphone, or even in the cloud. Spectre allows a malicious program or code to trick   other applications, using a shared processor, into loading sensitive information that it would    normally keep secure and separate between the programs. Meltdown works slightly differently —    instead of tricking one application into sensitive information to another, it exploits the relationship    between the application and the computer’s memory — but in the end, the results are the same:    compromised data. While Software companies are rolling out patches to help guard against    Meltdown, that protection comes at a cost. And in some cases, those patches could make a computer   operate slower.

Though software patches can prevent some Spectre attacks, it    really requires new hardware to be designed and implemented to completely fix the problem. And    that means many devices could be vulnerable to Spectre attacks for decades, as devices are    upgraded. But don’t let that stop you from installing patches and protecting your data now. That    would not be smart. It was our need for speed that got us into this mess in the first place… And good   security nearly always comes with a compromise.

Previous The man who thinks the other way